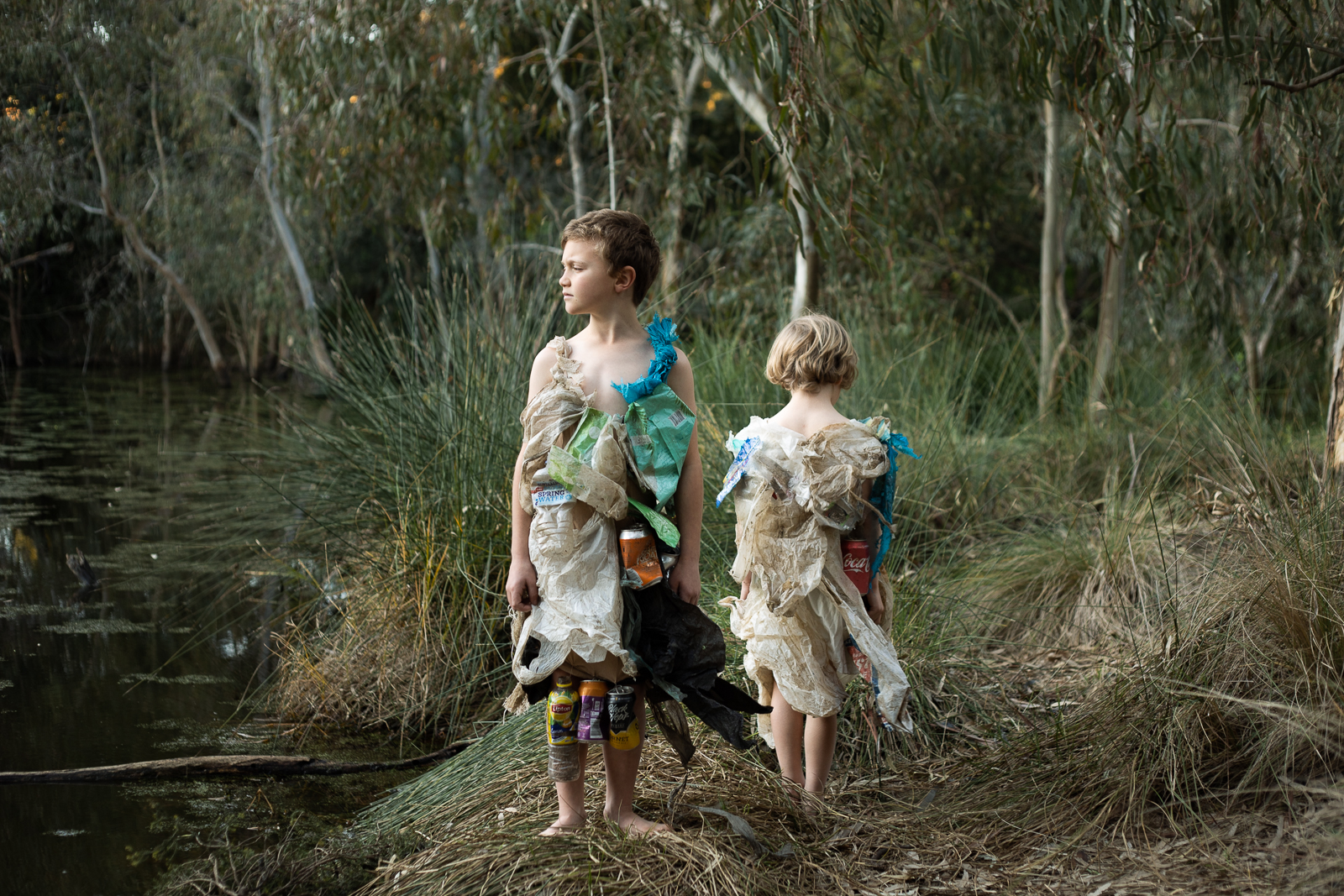 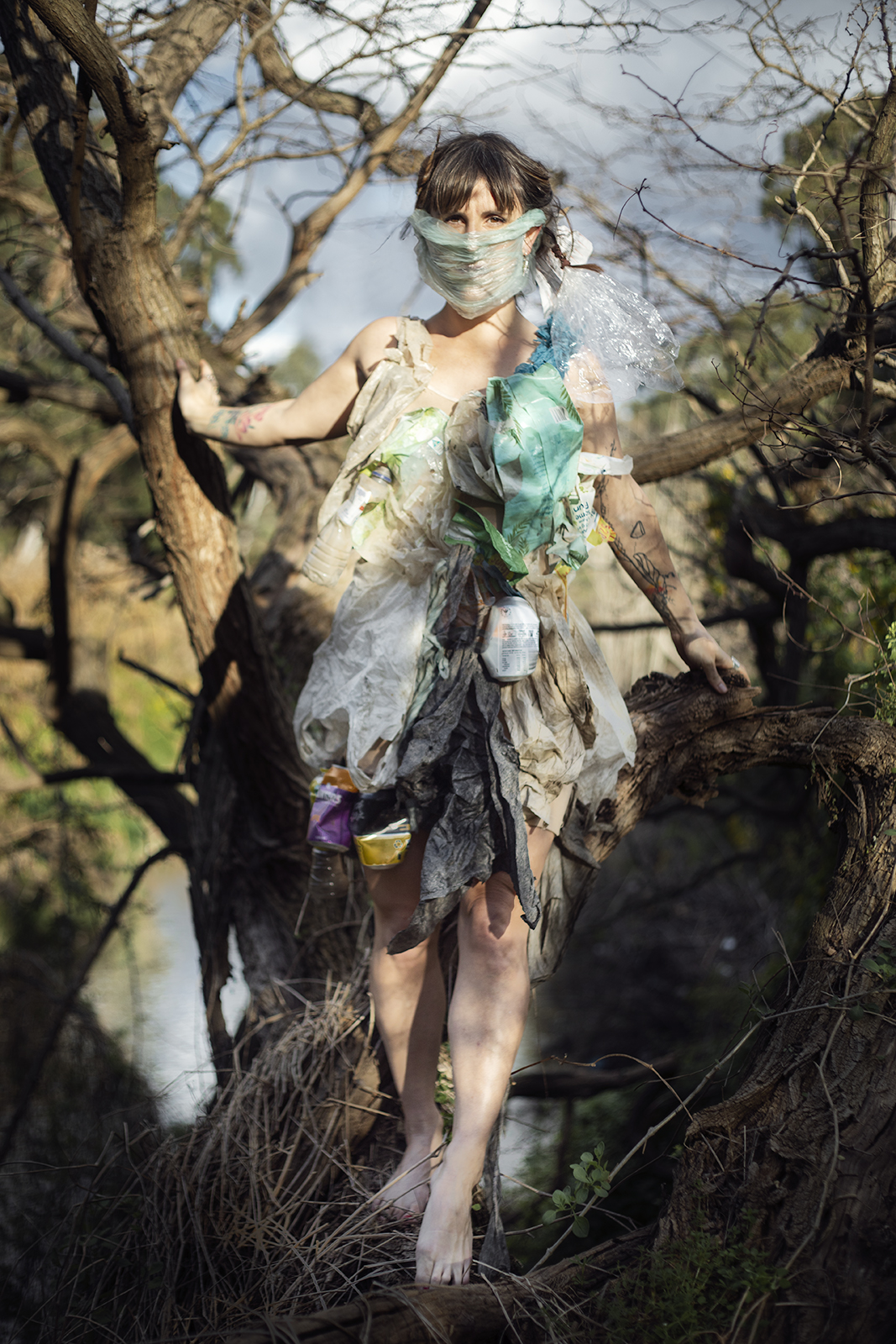 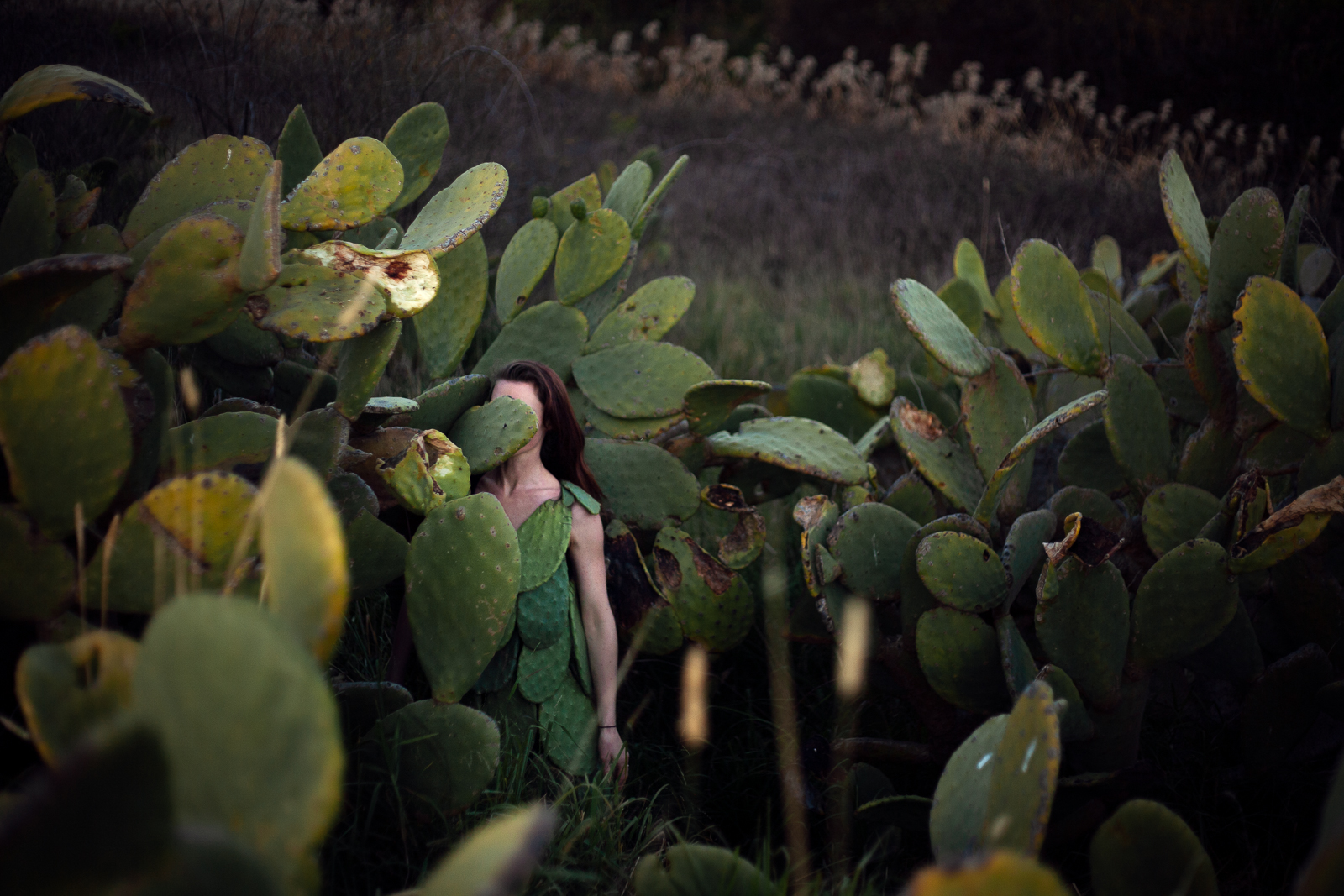 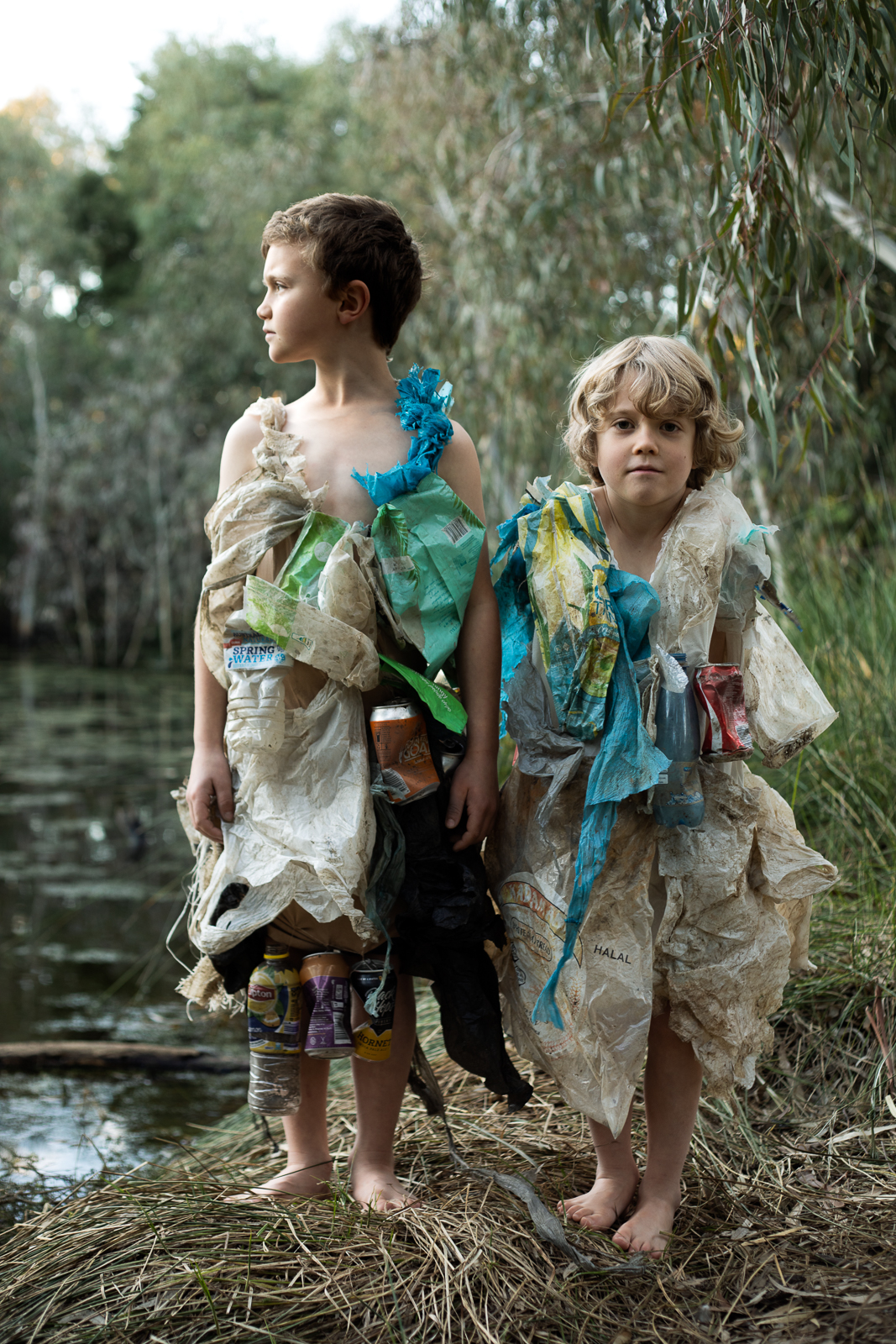 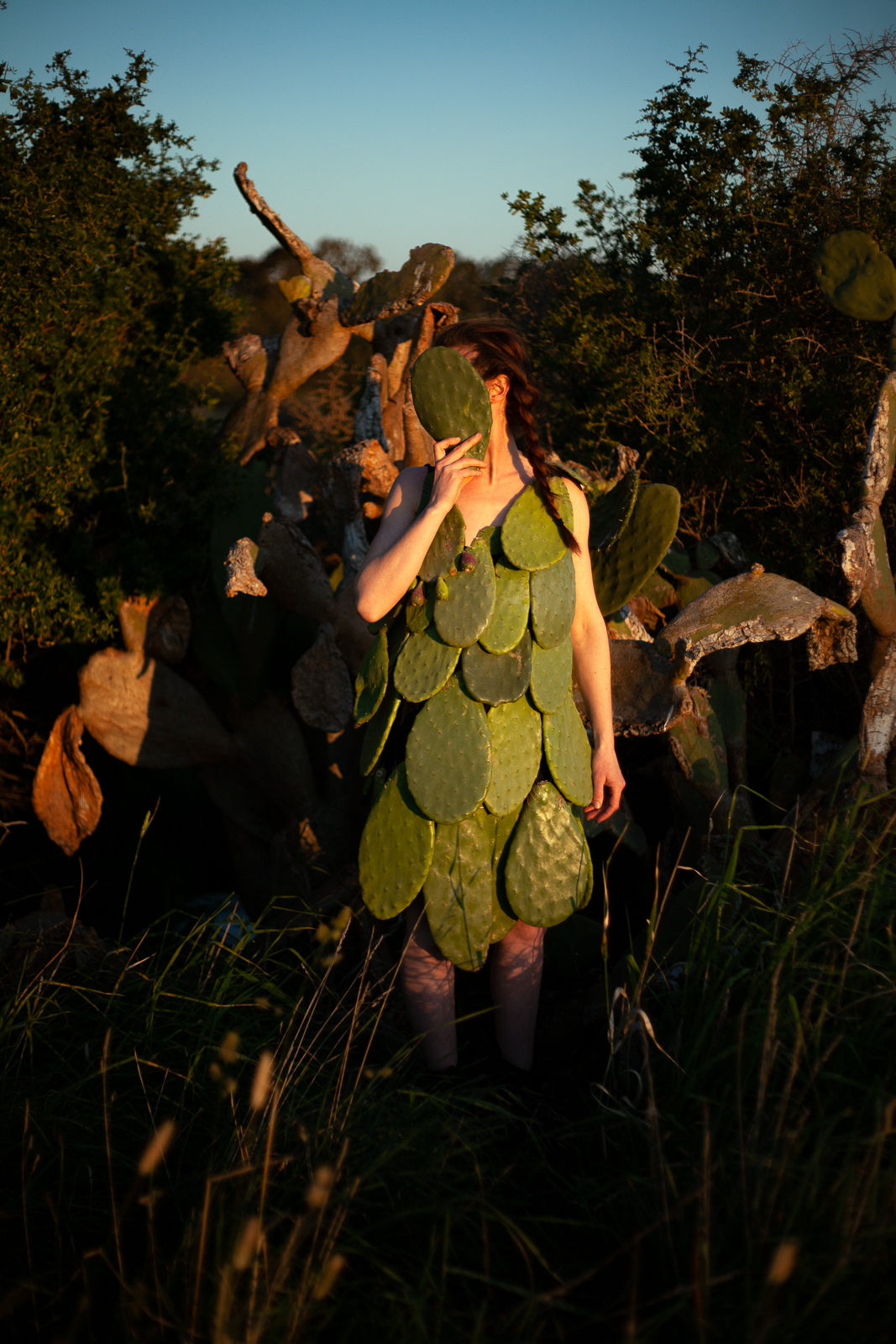 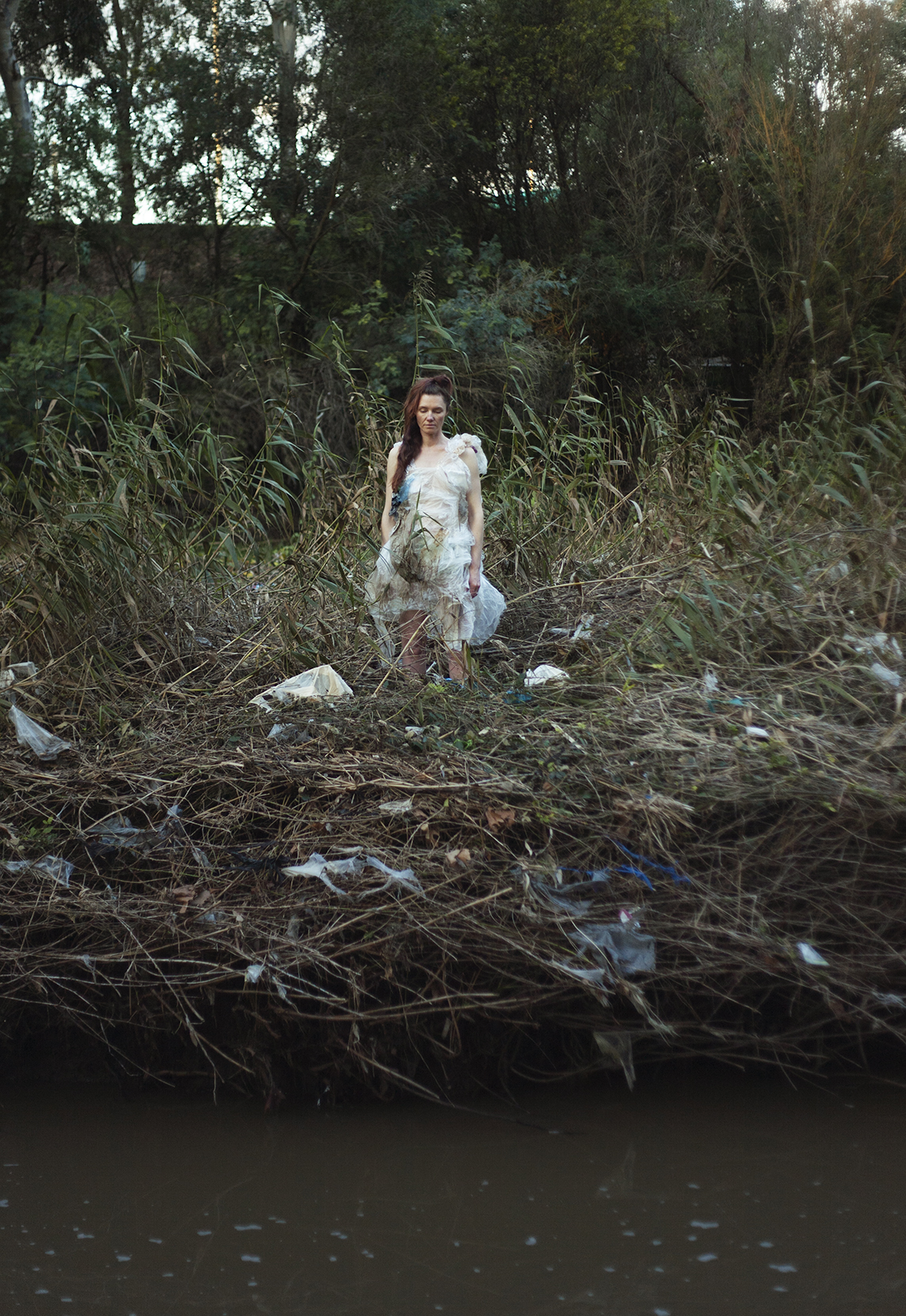 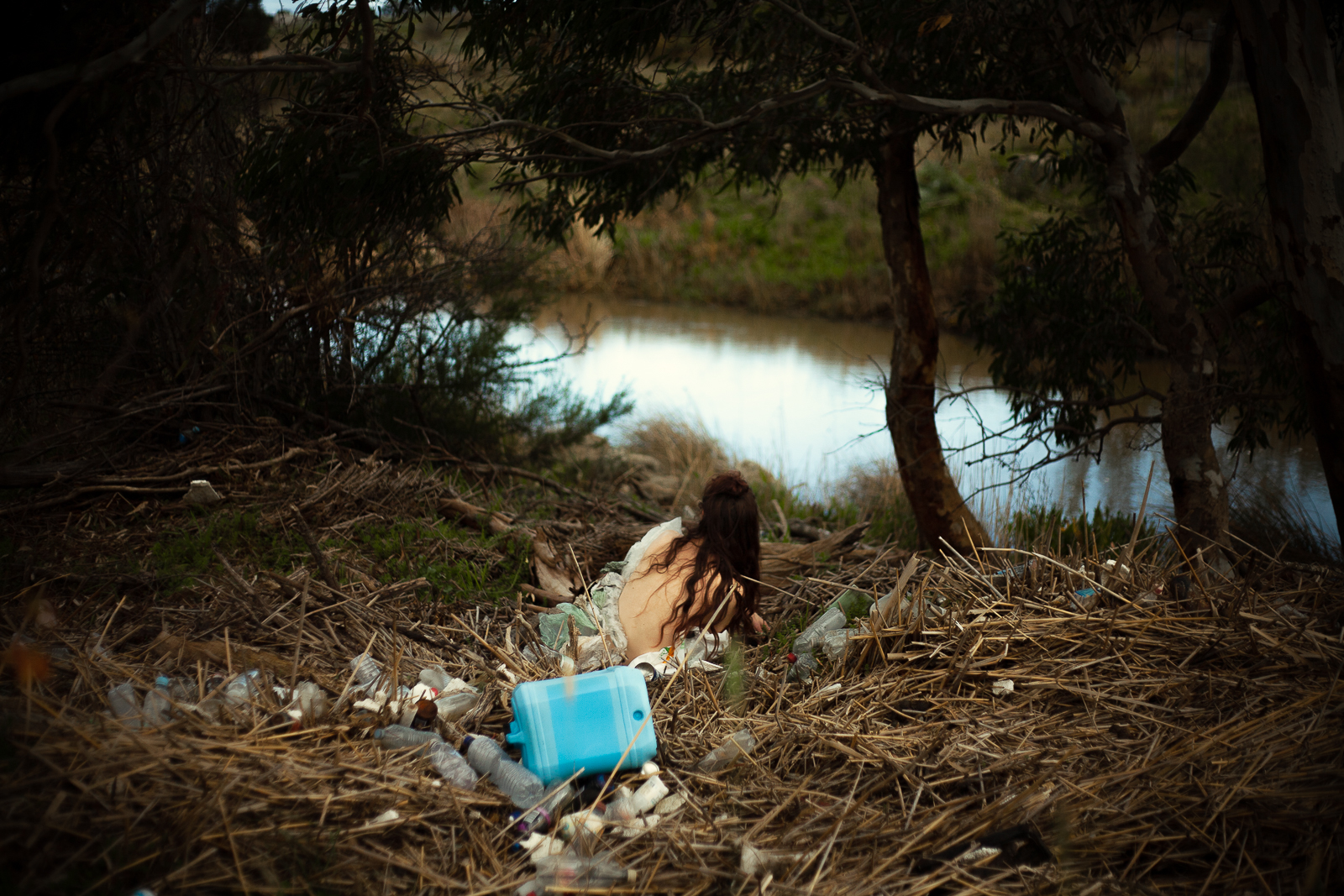 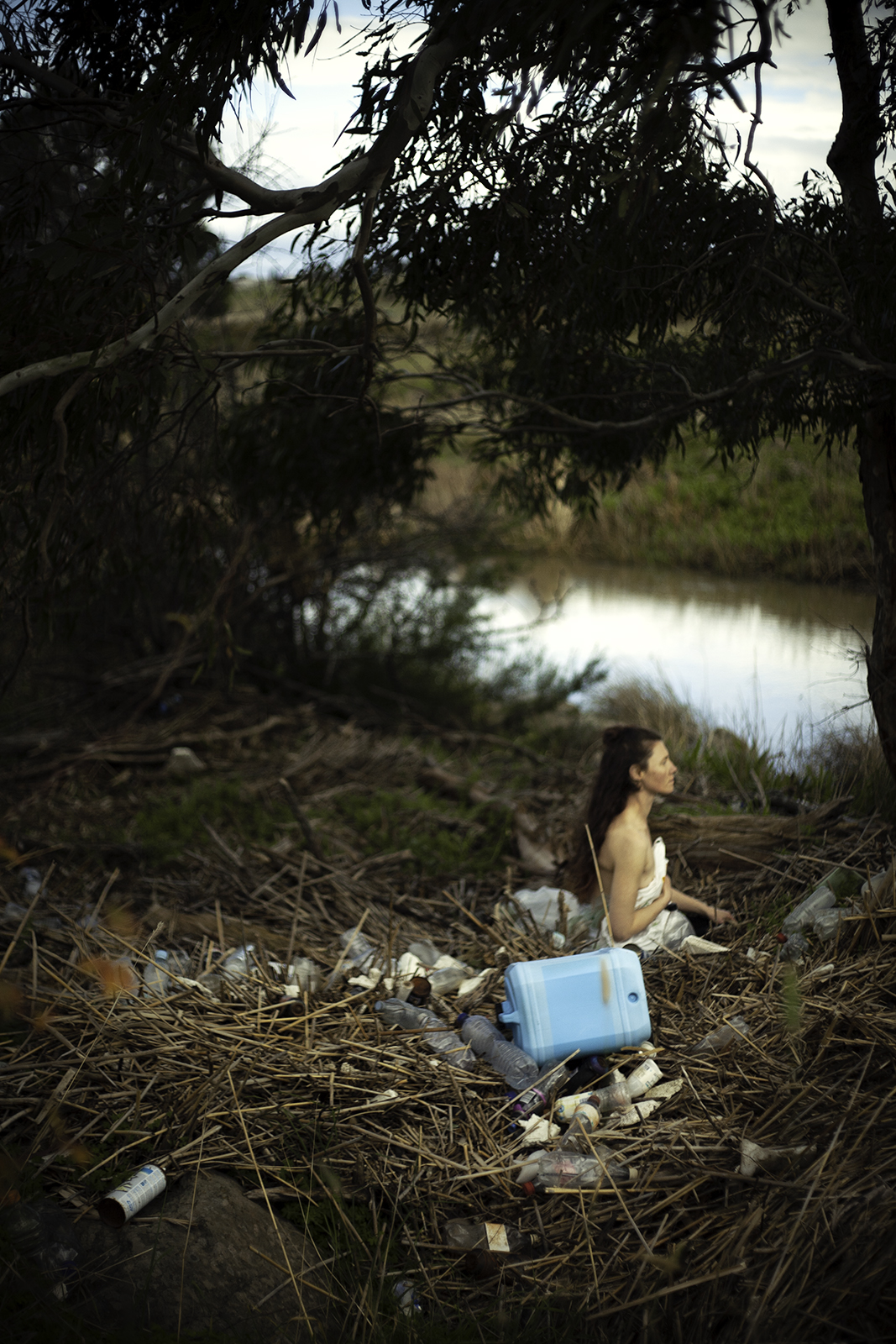 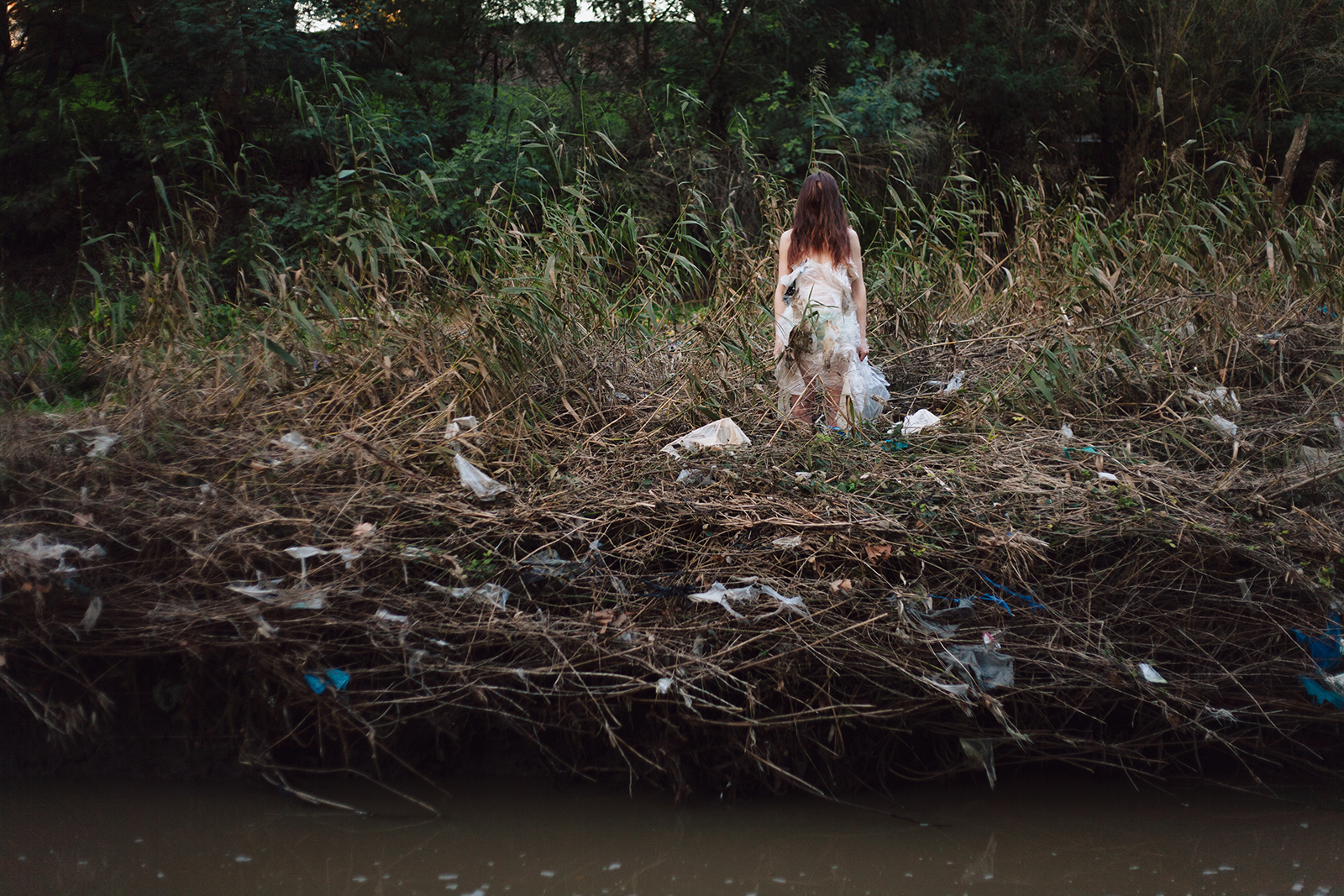 In this ongoing series, I have been gathering litter, rubbish and pollutants from my local urban creek and making them into garments. Then I photograph them being worn back in the original creek environment. So far I have made dresses from polyethylene plastic bags, HDPE bottles, aluminium cans, and invasive weeds including prickly pear and common reeds.

The Merri creek is one of the few slivers of remnant bushland left in inner Melbourne, and has also borne the title of the city’s most polluted waterway for decades. It’s within my 5km radius, so during the many lockdowns of the last year and a half I have been developing a much more intimate relationship with it.

These images are an attempt to sustain a visual conversation around the issues of environmental degredation and the legacy of ecological destruction we are leaving our children and the following generations. It’s also an attempt to intervene in and draw attention to a local site in ecological trouble.

Physically touching and even clothing my body, my children’s bodies, or my friends’ bodies in this contaminated waste, rather than looking at it from afar, is quite uncomfortable. It goes against our instincts to distance ourselves from pollutants of any kind. However, I think it also draws attention to the fraught connection between us and the land, and the fact that we can’t distance ourselves forever. It’s already catching up with us.

All the photographs in this series were made on unceded Wurundjeri land. I wish to pay my respects to their leaders past and present.