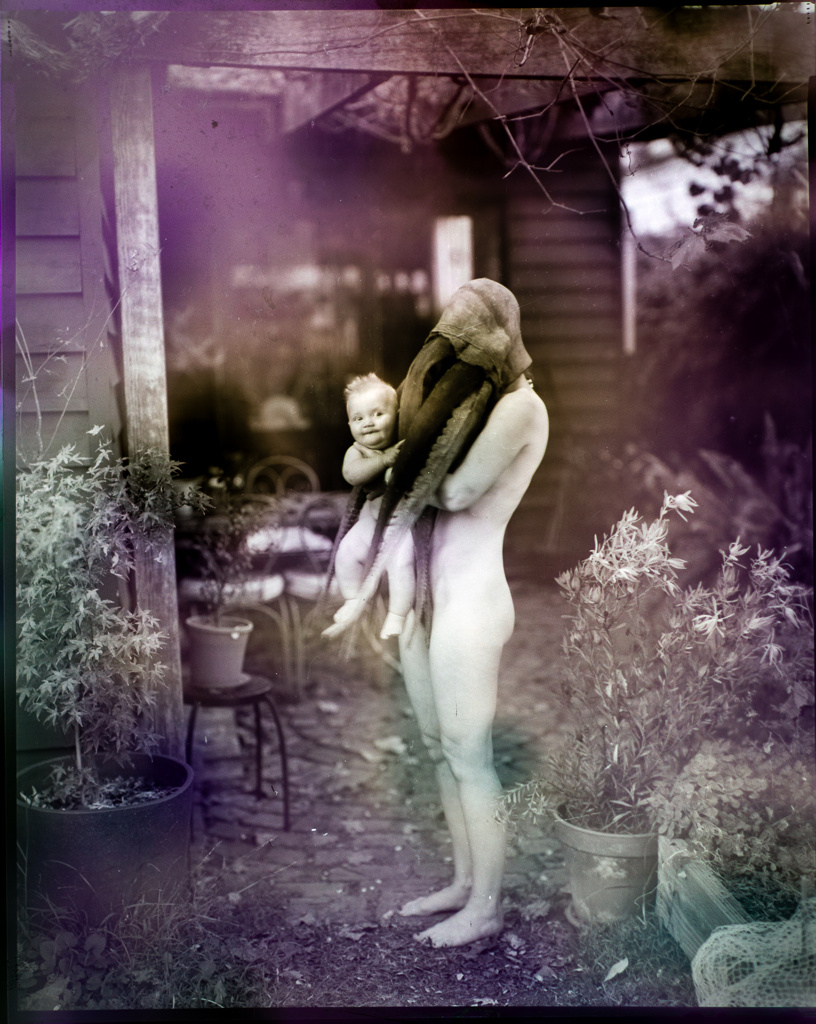 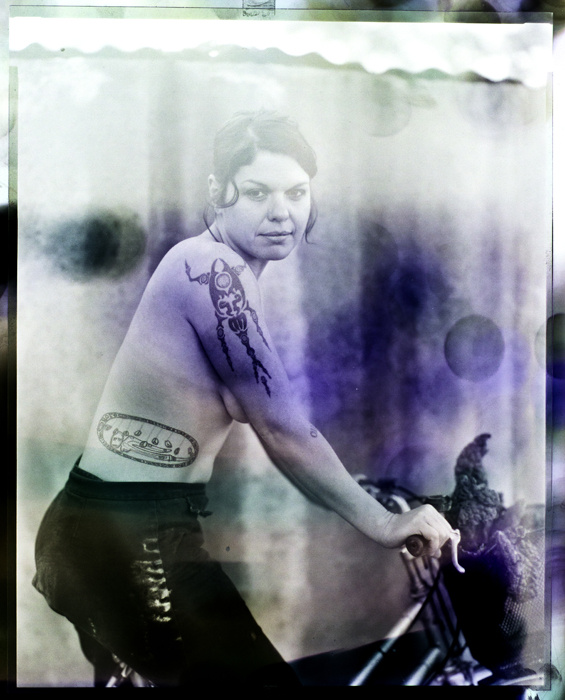 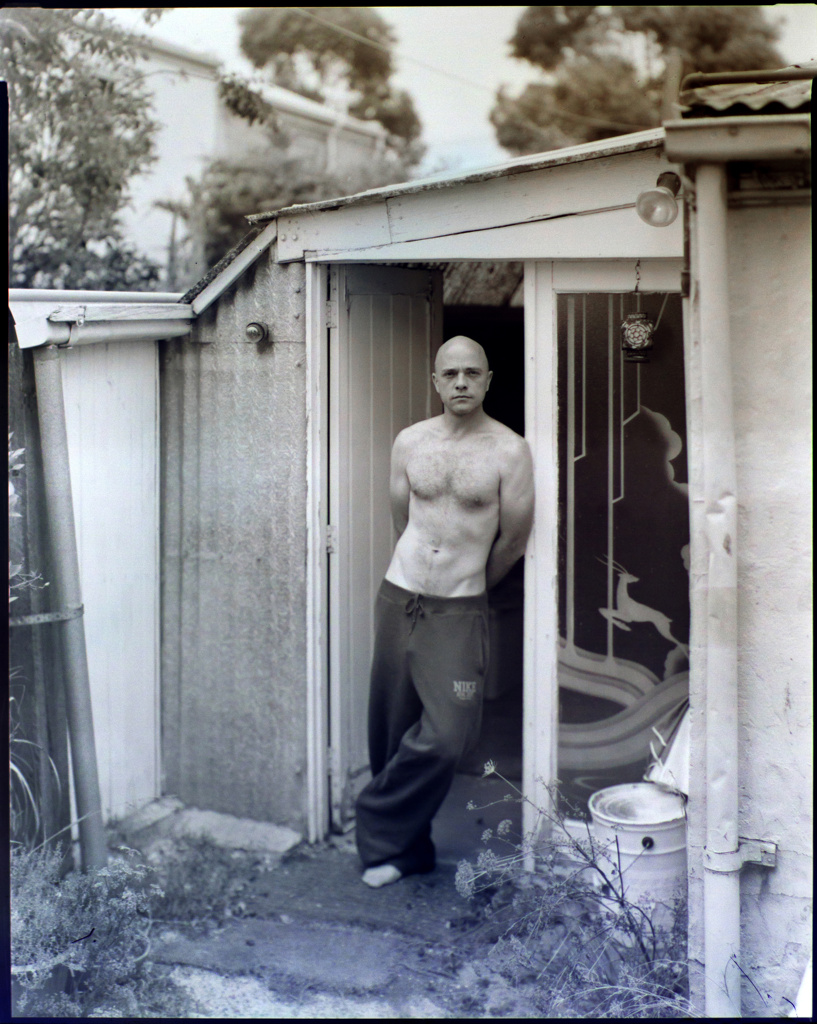 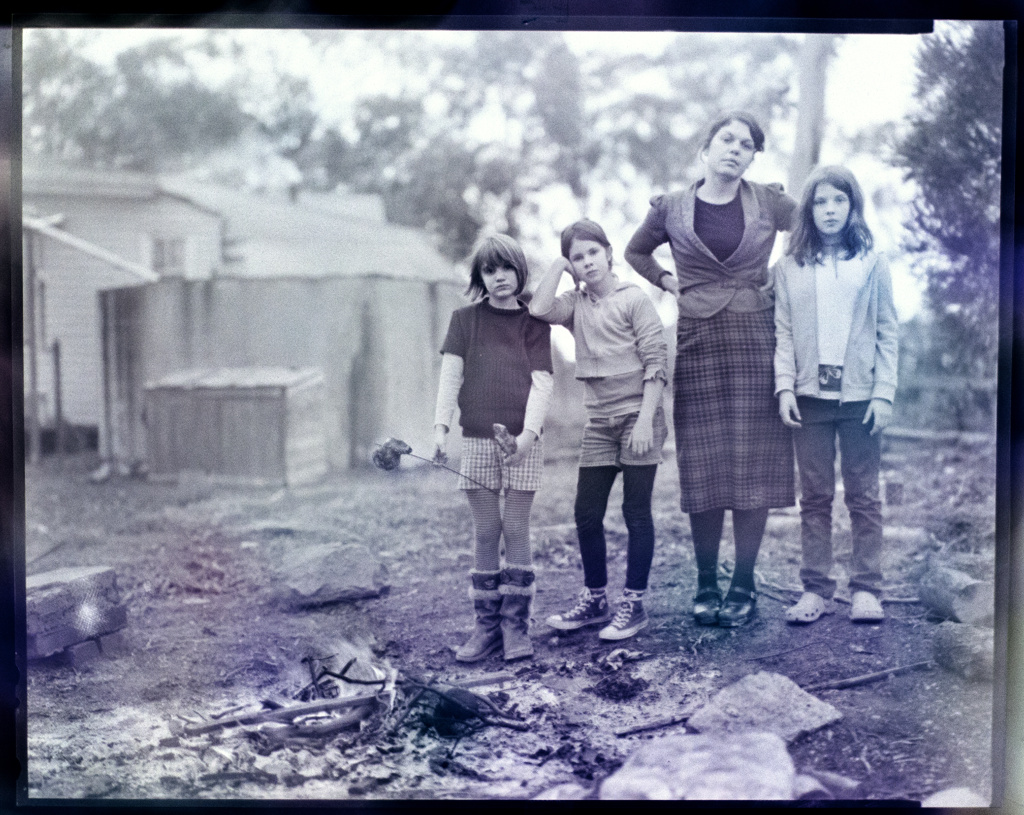 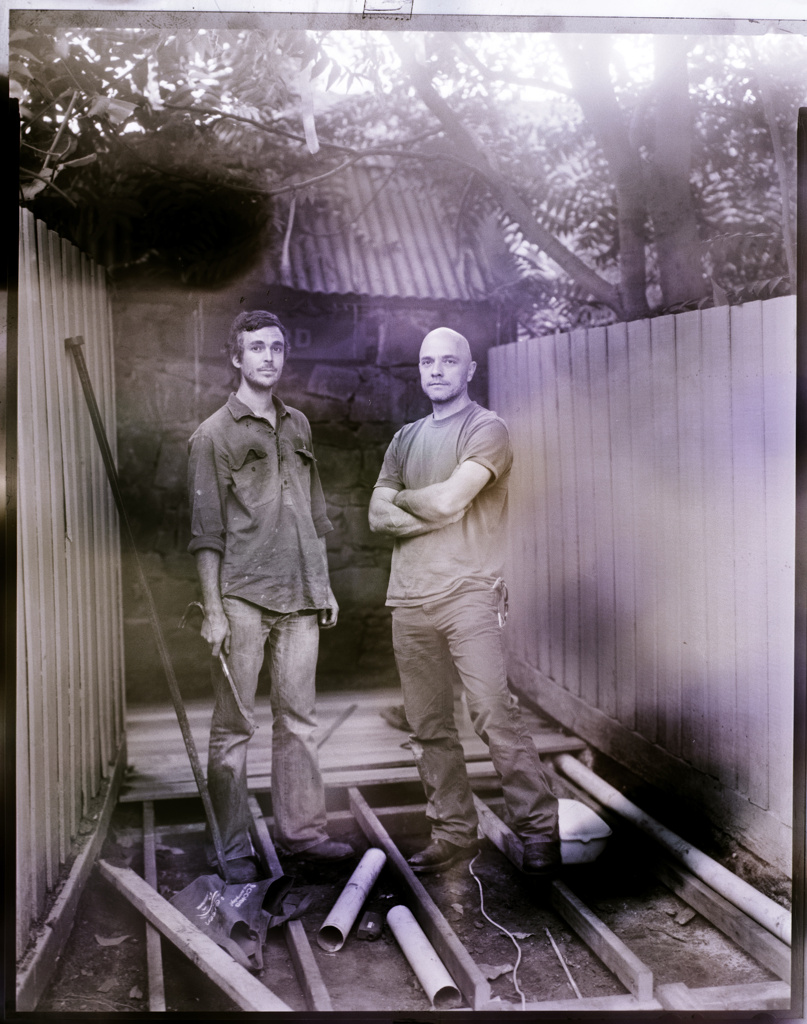 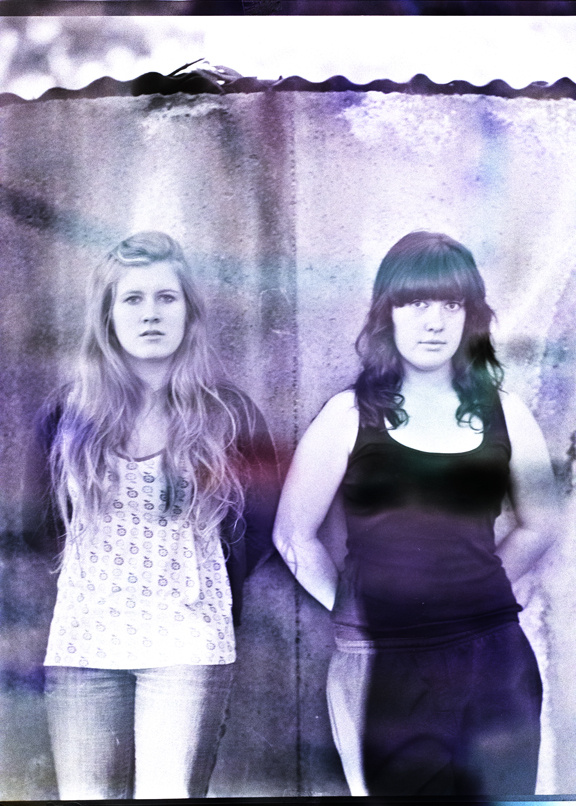 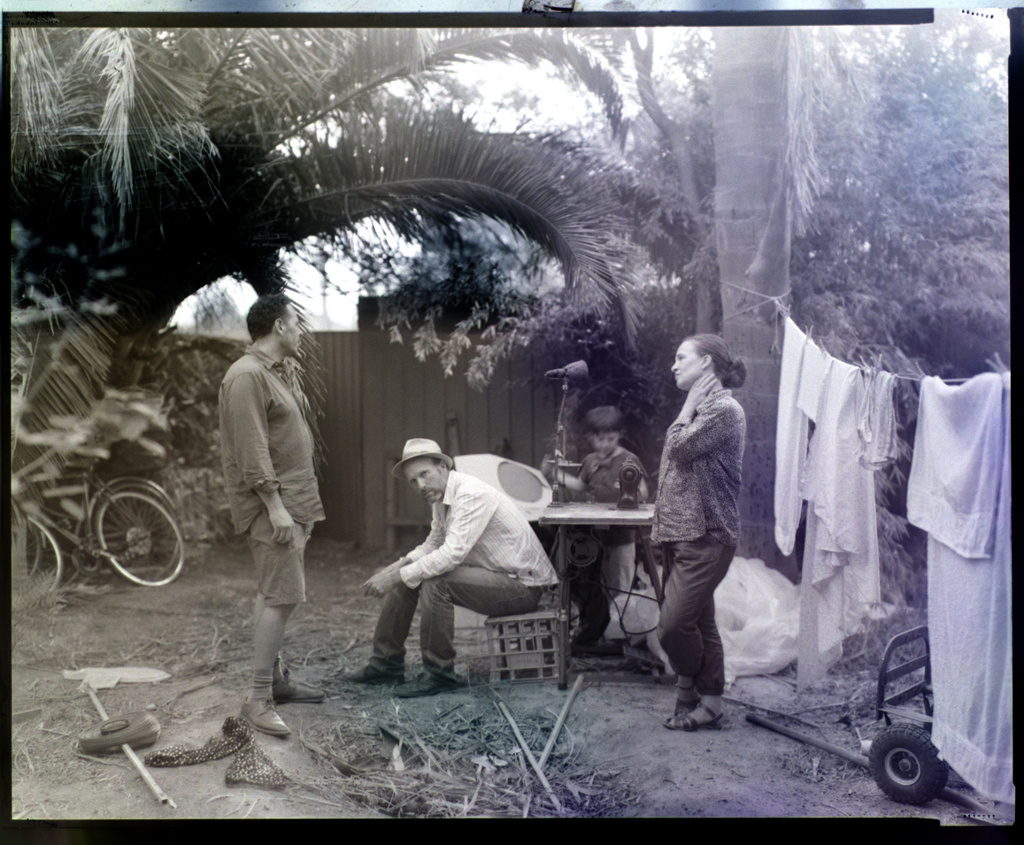 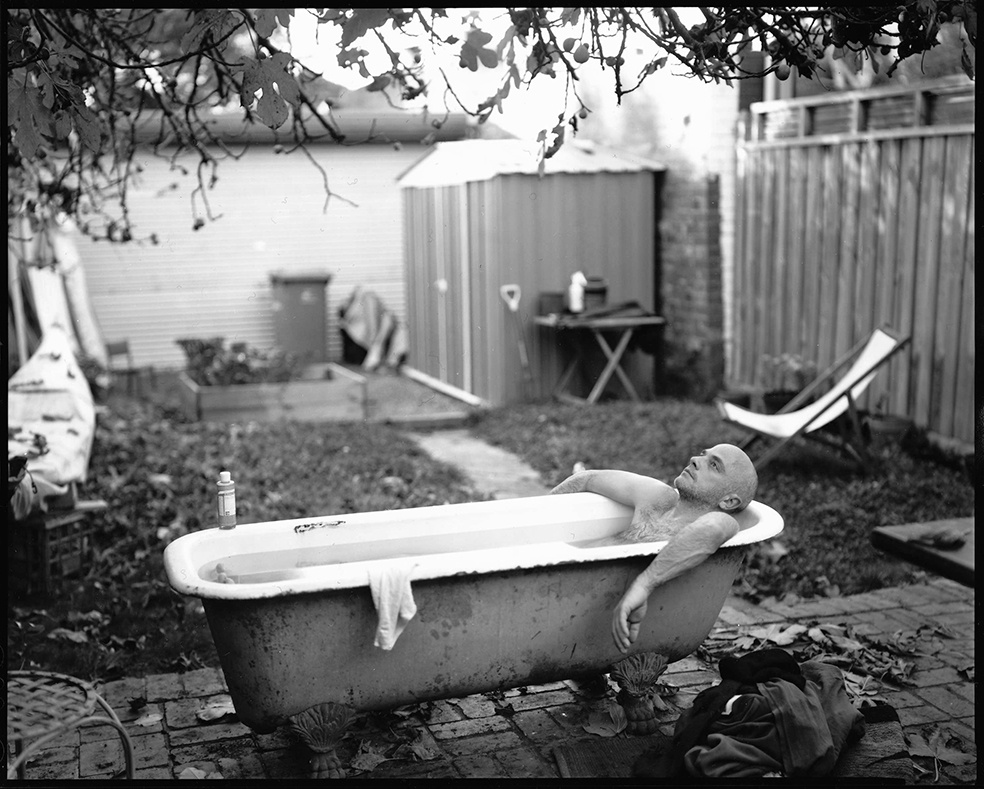 These images were shot with an 8×10 view camera, and I had originally planned to enlarge them myself in the darkroom. However, after the birth of my first child I found that my photographic practice had to change. I only had an hour an a half per day to work while my son napped, and I soon realized that I would have to discover a new way to print the negatives – at home, quietly, without chemicals, and always poised to dash away when I heard him wake up.

I began to tape the 8×10 inch negatives to my back door window, shoot them with a digital camera, and then invert them in post. Some of the colours and shapes from the garden on the other side of the window are visible in the final images: the residue of objects from my new life as a mother. A blue wading pool, scattered toys, laundry, a red hammock.

The images are all of people I know in and around Melbourne, Australia, during the last five years. They are about the ways we use our back gardens, what we do in them, what we can do in them that we don’t do anywhere else, the daily routines, the family life, the accumulation of objects, debris, wildness or domesticity that occur in these private, hidden, “natural” spaces.

The images have two defining moments: the first when I clicked the shutter in other people’s back gardens, and the second when I re-shot the negatives on the window in my own back garden. In this way, even though there is a digital element involved, the process of making them satisfyingly reflects a traditional printing process, especially some of the alternative processes I have used before, like palladium, platinum or salt printing.