Daisy Noyes (born 1980, New York) lives and works in Melbourne, Australia. She works with digital and analogue cameras to create images that explore themes of the feminine, the body, the family, motherhood, seasonality, and the fraught connection between humans and the natural world.

Daisy studied photography with Joel Sternfeld at Sarah Lawrence College in New York and at The Aegean Centre for Fine Arts in Greece. Daisy holds a BA (Hons) in Performance from The University of New South Wales. She has exhibited in Melbourne and in Hudson and Albany, New York. She was the resident photographer for Chamber Made Opera from 2010-2014.

Images from her quarantine series “71 Self-Portraits in Isolation” were selected for Ballarat Foto Biennale’s Mass Isolation Australia and Format Festival’s Mass Isolation Format project, which was also screened at the Auckland Festival of Photography. Her work has been published in The Age and The Sydney Morning Herald, and on View Camera Australia. 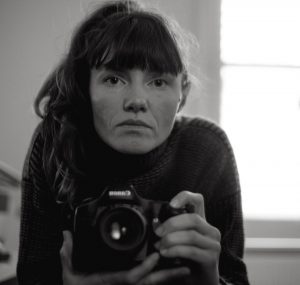